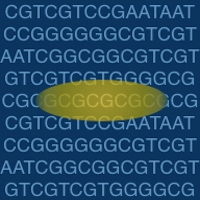 DNA sequencing is the process of determining the order of nucleotides in a DNA molecule. Next generation sequencing (NGS) methods achieve this aim at unprecedented speed and very low cost. Entire genomes or transcriptomes can now be sequenced in a matter of days or weeks using 'second generation' sequencing methods: these involve the massively parallel sequencing of high number of spatially separated, amplified short DNA fragments.

The NGS facility at Glasgow Polyomics is equipped with several second-generation sequencing platforms to facilitate biological and medical research in the areas of genomics, transcriptomics, epigenomics and metagenomics. 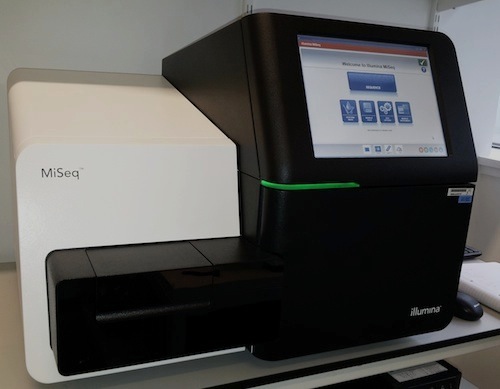 From a sample of several thousand cells in suspension this will provide information on the population structure by clustering cells according to distinct gene-expression profiles. Every cell will be allocated to a cluster and details of between-clusters differential expression will be revealed.

Generates paired ATAC and gene-expression libraries from a single cell-nucleus, allowing for simultaneous characterisation of a population of thousands of nuclei in the context of gene expression and open chromatin profiles.

10X Chromium-based single-cell immunoprofiling allows to simultaneously investigate the immune repertoires of T- and/or B-cells by identifying V(D)J segments of T-cell and/or B-cell receptors and gene expression in the same cell for thousands of cells. Cells could be clustered based on the expression profile and the most prevalent TCR/BCR clonotypes identified and mapped.

Re-sequencing is an effective method for analyzing your selected gene(s) of interest. Targeting panels for many diseases are available off the shelf. Glasgow Polyomics can also advise on the design and sourcing custom designed capture panels. 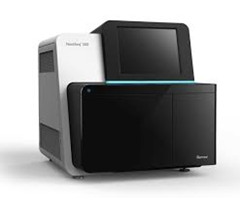 Studies the chemical modifications to the genomic DNA and histones affecting how tightly the chromatin is wound affecting its  accessibility and higher order genomics DNA organisation. Whilst epigenetic modifications do not alter the nucleic acid sequence, at Glasgow Polyomics we use various sequencing-based techniques that can detect them indirectly. 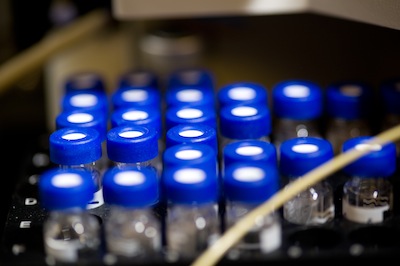 Does the facility carry out the RNA/DNA extraction?

No. We only accept samples that have already been extracted because there are a wide variety of extraction methods available and the researcher in charge of those samples is normally the best individual to select the optimal method. Additionally we do not have the facilities nor the resources to test or extract these different sample types.

How should I carry out the extractions?

General: We prefer Column RNA extraction methods such as the Qiagen RNeasy kit. If your tissue requires Trizol extraction then we suggest that you clean up the RNA through a column post extraction.

For Ribosomal Depletion library prep:(only possible for human, mouse , rat and possibly plant RNA) DNase treatment is essential. We require a minimum of 1ug of total RNA with a minimum concentration of 30ng/ul. This method is more amenable to partially degraded RNA. If you have other species you can perform ribosomal reduction yourself and we can prepare the library from this. For this option we need a minimum of 20ng of ribisoml depleted RNA.

For small RNA library prep:it is essential to make sure that the RNA extraction method retains small RNA e.g. using miRNeasy Mini Kit. Trizol extraction is good at retaining small RNA but you must ensure that the RNA is clean with a good 260/230 ratio of about 2. We require 2µg - 4µg of total RNA with RIN>=8.0.

For our standard genome sequencing we require 1ug of clean genomic DNA with a 260/230 ratio of about 2.0. We recommend column purification. If you have much less sample we have other library prep options we can discuss with you. Please contact us for more information.

At present we require a minimum of 3ng of ChIP material tested with RT PCR for enrichment. The DNA needs to be clean preferably through a column clean up.

If you have problems reaching these requirements please contact us to discuss your options.

How many replicates do I need?

An absolute minimum of three biological replicates per sample is required. This should be increased to six or more replicates where sequencing is carried out on tissues (primary samples) where variability is greater.

Can I do my own library preparation?

Yes. But you must provide us with a minimum concentration of 4nM provide details on the concentration in ng/ul and a rough estimate of the library size and how it was prepared and any indexes if present details on the library. We will QC your libraries using RT-PCR before proceeding with sequencing. If any fail you will be contacted to provide replacements. If intending to prepare your own libraries please contact us first to discuss.

What information should I provide with my samples?

We kindly ask that the sample identification codes be sent along with the samples in Microsoft Excel® table using the appropriate sample submission form. Please include one printed list with the samples and also e-mail the file to our Executive Assistant at gp-sequencing@glasgow.ac.uk. In the table please include a unique code for each sample, as well as their position in the box or plate. We will run a batch of samples only if the samples and the sample list are matched. Please label all sample vials or plates clearly, using indelible ink.

How should I supply the samples?

Screw-capped would be ideal for transportation as they are less likely to leak. We will only accept samples that are supplied in a labelled sample box (e.g. 15cm x 15cm) or bag — this not only makes them easier to store for us, but also ensures they neither get mixed up in transit nor become difficult to find when we receive them. Please also label each tube clearly. When you fill in the sample submission form, please use the same labels as are on the tubes. For longer journeys especially, we would also suggest wrapping parafilm around the screw-top vials.

How should I ship the samples to you?

Before sending your samples please fill in the NGS submission form. This ensures that we have all the required information about your sample, including the analysis plan, and also makes sure that we are able to run the samples in a random order. It is important that the labelling on the sample tubes matches the labelling on the submitted sample file. Samples that are travelling to the facility from outside the University should be supplied in screw-capped tubes, to avoid leakage during transit.

Please ask us about recommended couriers for international delivery.

Please note that it is the responsibility of the user to ensure that the samples arrive at the facility. We would advise users to track the progress of their package daily.

Where should I send the samples?

Our postal address is:

Important: Please follow the correct procedure given above for packaging the samples.

I work in the University of Glasgow. Can I use internal mail to send the samples?

University of Glasgow users can deliver the samples to the Sequencing Laboratory using the internal mail system. Deliveries for Garscube leave Gilmorehill at 9:30 and 13:30 each working day from the basement of the Boyd Orr Building. It is not advised to send samples on a Friday afternoon as they might not reach the facility until the following Monday morning.

To prioritize the delivery of your samples, please mark the box clearly to indicate that it contains dry ice. Please enclose a printed copy of your sample submission form with your samples, and alert our Executive Assistant by email (gp-sequencing@glasgow.ac.uk) to let us know that the samples are on their way.

Can I deliver the samples in person?

Yes. If you are delivering your samples in person then please confirm a delivery time with a member of staff before travelling to the laboratory. As the building reception is manned only from 9:00–15:30, please do not attempt deliveries outside these times.

Can I do the analysis myself?

If you are happy to receive the raw reads then yes, we will deliver reads in the fastq format. If you require your data in another format please let us know at the outset of your project.

What is the cost per sample?

The cost depends on the type of work you are interested in, e.g. RNAseq, ChIPseq, 16S. It also depends on the number of samples and the amount of analysis required.

What is included in the cost per sample?

Depending on the parameters you chose, the cost includes QC of samples, library preparation, library QC, sequencing of the samples and conversion of raw data.

What is the cost for analysis?

The cost depends on the type of work you are interested in, e.g. RNAseq, ChIPseq, 16S. It also depends on the number of samples and the amount of analysis required.

What is included in the analysis?

The analysis is dependant on your experiment and can be tailored to your requirements. Ideally, this will be discussed and agreed prior to commencing the project.

How long does the analysis take?

The length of time depends on the type of work you are interested in, e.g. RNAseq, ChIPseq, 16S. It also depends on the number of samples and the amount of analysis required. You will be given a quote at the outset of the project.

What format do you use to return the analysed data?

The format of the analysed data is dependant on the type of analysis performed. If required, you will be instructed on how to interpret your data when it is delivered.

Can my student/post doc receive training on the instrumentation?

Only in very specific circumstances. In order to provide a high quality facility, it is essential that we limit access to the instrumentation to a handful of expert users.

Can I come to see the handling process and analysis?

Only in very specific circumstances. In order to provide a high quality facility, it is essential that we limit access to the instrumentation to a handful of expert users.